Apple’s AirPort series of products have been around for quite some time. Users have been using the AirPort Express and Extreme base stations along with HomeKit.

This basically allows users to easily control their smart home appliances along with smart speakers like HomePods.

However, users of the AirPort Extreme and Express have been facing some issues with devices in their Apple HomeKit.

There are a lot of reports about unresponsive HomePods, confused Siri, late response from lights and other appliances and much more.

Now, it seems that the said HomeKit issues might be occurring due to the AirPort base stations.

As per a recent Reddit thread, affected Apple users have replaced their AirPort Extreme and Express stations with products from other vendors like Netgear and Ubiquiti.

Doing so appears to have resolved the said issues that they were earlier facing with the AirPort base stations. One of the main reasons behind this switch appears to be getting generic responses from Apple Support which did not resolve the HomeKit issues for users.

It is, however, unclear whether or not the AirPort devices were indeed the actual cause of the HomeKit-related problems.

This is simply due to the fact that Apple has not made any comments on the matter so far, while a lot of people still use AirPort products.

However, that might simply be because they either are loyal towards the brand or might not want to go through the hassle of setting up their home network again.

Whatever the case may be, some Apple users who shifted to network products from other vendors do feel that their HomeKit works better than it did with AirPort products.

That said, we will continue to bring more such stories as and when we have more details so stay tuned.

NOTE: There are more such stories in our dedicated Apple section so be sure to go through it. 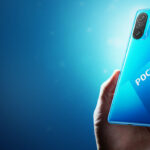 [Update: May 28] Poco F3 delayed touch response in CoD & PUBG to get optimized in next monthly update, says company executive