Google has been offering a telecommunications service to users in the U.S. known as Google Fi, which allows calling, data, SMS, and all the other stuff that telecoms usually offer.

These services use networks operated by T-Mobile and U.S. Cellular and therefore, are subjected to connectivity issues.

Simply Unlimited plan subscribers were recently troubled by a connectivity issue in some regions, which was also acknowledged by Google Fi.

Google Fi spotted the cause and addressed it. But even after going the quickest they could, it took Google Fi a couple of weeks to address this outage.

But what’s more bounteous is that Google is giving out compensation. Users who were impacted due to data connectivity issues for the period are getting emails from Google Fi about a 30 USD credit courtesy being credited to their next Fi bill.

What more can one expect from a company that not only fixes the issue before and awards courtesy credits as compensation.

Well, the reason behind this is that this hurt Google Fi terribly in the form of lost subscribers. A lot of users made the shift to alternatives due to this outage that lasted for weeks.

So, a move like this to accept the fault at their end and retain the big user base with compensation for the lost days was pretty much expected.

All Google Fi can do is ensure that anything of this sort doesn’t pay a visit ever again. Issues like these taint the good image of companies. That said, we will have more such stories reported so stay tuned to PiunikaWeb. 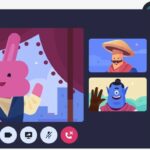 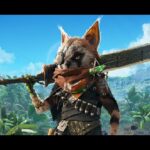