Samsung Galaxy A30s came out way back in 2019 with Android 9 out-of-the-box and currently runs the Android 10-based One UI 2.0.

Almost a year later, the OEM released the Galaxy M01 Core with Android 10 (Go Edition). Now, both devices await the update to Android 11.

While Samsung has not mentioned anything on the matter, the latest OS update for the devices in question might be just around the corner.

Both devices have bagged WiFi Alliance certification for Android 11. This further indicates that the latest OS update for both devices might arrive soon.

Also, it is possible that the Galaxy A30s and M01 Core might get the Android 11-based One UI 3.1 update.

This is simply because the OEM has been rolling out the said One UI version based on Android 11 to its eligible devices.

However, all this is still based on our speculation as there has been no official word on the Android 11 update for the said devices.

It is still good to see that both devices are now WiFi Certified for the latest stable version of Android.

So, users of the Galaxy A30s and M01 Core can expect to get the said OS update in the near future, however, there is no ETA for the same yet.

Hopefully, Samsung provides more clarity on the matter or releases the OS update soon as users of both devices have been waiting for quite some time now.

IST 06:35 pm: According to a recent reports from the Samsung Community, the Android 11-based One UI 3.1 update appears to be under testing for Samsung Galaxy M01 Core. 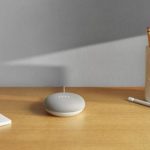