Ever since its inception, Discord has been mostly occupied by gamers to communicate and wander around. The aim of this platform was to establish communities in the form of ‘servers’.

Discord enjoys a massive active user base and a favorite spot for gamers. Even though it’s mostly run by gamers, there are official representatives as well.

The app is available on all platforms and using it isn’t a hassle either. But these servers are often accompanied by bugs and glitches. 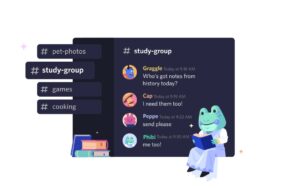 Discord users have been fiddling around with a couple of bugs recently that make it hard for them to use the app.

The Android app of Discord is behaving weirdly when given the command to download media files in the app. This seems to be affecting all Android users and here’s how they describe this issue.

I’m having issues downloading pictures from Discord on Android. Like, when I do I just get a message on Discord saying “Download Failed.” Any advice?

The current problem I’m facing with Discord is that I’m unable to download images from my mobile device. It keeps saying that the download failed.

The surfaced reports are mostly from Android users but can not discard the possibility of the occurrence of the “Download failed” error on the Discord iOS app as well.

Cleared app memory, reinstalling discord, logging in and out multiple times, and having all the settings enabled do no wonders either.

Good thing is that support was quick to acknowledge this issue by assuring that this is under their radar and will be fixed soon.

Thanks for reaching out! This issue is currently a known issue that is on our team’s radar. I want to reassure you that our team investigating this further and working on a fix, however, I sadly don’t have an exact ETA for when a solution will be available. (Source)

There appears to be no other way but to wait for this fix to be addressed by the company itself and hope they release a fix soon.

Audio or mic not working after latest update

Well, there’s one more bug to accompany the previous one. This one made an appearance after the latest app update.

As it is being reported, the Discord app on PC has broken the internal audio where users can’t hear each other. The mic also seems to be broken for some folks.

Yesterday my discord was working fine, but today it stopped working. I can hear discord sound effects such as ringtones but can’t hear people in calls and server voice channels.

I can no longer hear anyone’s voices or my own voice in playback, but everyone can hear me. I can hear everything else is discord like the sound effects you get for changing input device and any video sent etc, and my headphones are defiantly set to default.

What’s more strange is that none of the two mentioned issues get fixed by performing basic troubleshooting steps.

The web app of Discord works just fine which can also serve as an alternative until a fix comes out.

The best workaround, as shared by a user, is by setting by changing the audio output to 48khz and the audio subsystem to experimental. This has worked like a charm for many users.

This may not be an ultimate workaround but it will at least a major chunk. The rest of them have to, unfortunately, wait for it to get fixed.

Discord is yet to acknowledge this issue but we hope they do it soon. That said, we will continue tracking these issues and inform here as soon as there is any development.

Discord has officially acknowledged the audio issues with the mic while reverting back to a user on Twitter.

Sorry for the audio trouble! Our team is aware of the issue and currently looking for a fix. I apologize again for the inconvenience in the meantime.

Additionally, they’ve also confirmed that the experimental option is broken.

Oh, no! Sorry the experimental option isn’t working. The team is aware of the issue and we’re currently look into it. I apologize again for the inconvenience. 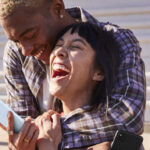