Bravia Sync is a feature that makes use of the HDMI CEC (Consumer Electronics Control) technology to enable users to control other Bravia Sync-compatible equipment via the TV’s remote itself.

Further, it allows for the TV to be turned on and off directly from other compatible devices. This saves users from the trouble of having to deal with a bunch of remotes for all devices connected to the TV. While the HDMI CEC feature is by no means perfect, there’s no denying that it makes life just a tad easier.

Unfortunately, many Sony Bravia owners have noticed that they are no longer able to power off their TVs via Bravia Sync (HDMI CEC) with the Apple TV 4K remote.

This was caused by the recent firmware upgrade… I’m having the same problems with my X900F. (Source)

Same here. Different Bravia model but same issue. Apple TV powers it on but won’t turn off the TV when put to sleep. Seems to correspond to the last update so I’ve been checking everyday for a firmware update from Sony. (Source)

As you can see, the issue only popped up after users installed a new update on their Android TVs from Sony which appears to be the update to Android TV 9, according to reports.

More specifically, users who recently installed the firmware version 6.7140 which brings Android 9 on their Sony Bravia TVs with the X1 Extreme chipset appear to be the ones who are facing issues with the HDMI CEC. Apple TV users who aren’t able to use the HDMI CEC feature to turn off their television sets also claim that resetting the TV makes no difference at all.

That said, it seems that Sony is allegedly aware of the issue and is working on a fix for it according to a user on Reddit.

Sony engineering actually contacted me today and they are aware of the problem. They were able to replicate the same issue with their own Apple TV 4K. An over the air software patch is in the works and they told me it would be released by mid January. (Source)

If the comment from the user is to be believed, we can expect to see a fix for the issue start rolling out in the following weeks.

Unfortunately, Sony has not acknowledged the issue publicly and thus we’d suggest taking this information with a grain of salt.

As usual, we will continue to keep track of the situation and will post an update if and when Sony rolls out a fix for the HDMI CEC issue with Apple TV units.

In the meantime, you can head to our dedicated tracker to know more about the status of Android 11 for all eligible Sony devices.

Sony Support USA, on Twitter, has indeed acknowledged the issue wherein the Sony TV does not turn off after pressing the Power button on the Apple TV remote control. Responding to a user’s complaint the company’s support has claimed that a fix would be released via a future update.

Do note that the issue has been around for a few months now and Sony has still not shared an ETA for the fix. Therefore, it seems users may have to continue waiting for an unspecified amount of time for it to be fixed.

Sony has reportedly fixed the issue with a recent update carrying the version number v6.7165, or at least that’s what a user has to say: 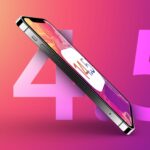 [Update: May 26] Is iOS 14.5.1 update throttling performance on some iPhones & iPads? Here's what we know