Snoozing Alarm causing OnePlus 9 & other devices to freeze? Issue with the development team

OnePlus devices from the OnePlus 8 series or the newer OnePlus 9 series are known for their exceptional performance.

However, there are times when the software or some apps can affect the performance of devices further impacting the user experience.

Several users of the OnePlus devices are facing a similar problem due to the OnePlus Clock app.

As per multiple reports, it seems the devices from the OnePlus 9, OnePlus 8, and OnePlus 7/7T series freeze or show black screen when an alarm is snoozed.

OnePlus Nord users have also been reporting about similar issues and the only way to resolve is to restart the device.

OnePlus 8 gets hanged due to the clock app whenever any alarm rings.
Source

The said issue appears to be troubling OnePlus users for quite some time, while the OEM has been responding to related queries individually.

A OnePlus Staff Member did respond to an affected OnePlus 8 user stating that the issue has been passed on to the development team for further investigation.

However, there has been no word on a fix for the said issue so it is unclear for how long users will have dwell with it.

A OnePlus 9 series Community Expert said that they are unable to replicate the black screen or freezing issue due to snoozing or disarming the alarm.

I’ve tried both snooze and disarm alarm now. Can’t trigger an issue on my device.
Source

So, whether the issue is being caused by a system wide bug or is specifically related to the OnePlus Clock app remains a mystery.

Hopefully, the OEM looks into the matter and soon releases a fix as it is causing a lot of inconvenience to users. 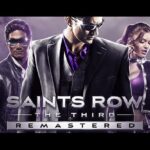