[Update: May 26] Is iOS 14.5.1 update throttling performance on some iPhones & iPads? Here’s what we know

Planned Obsolescence: a policy of producing consumer goods that rapidly become obsolete and so require replacing, achieved by frequent changes in design, termination of the supply of spare parts, and the use of non-durable materials.

As absurd as it might sound, this practice is alive and well in the smartphone industry in some shape or form, depending on what OEM you’re looking at. A few years ago, Apple was caught red-handed practicing this.

It came to light that older iPhones became slower as their CPUs were being throttled with every new iOS update. In its defense, Apple pointed out degrading battery life as the reason for this practice. 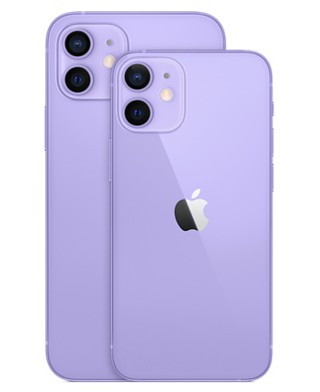 Whatever their reason was, and how legitimate those claims are remain up for debate but the mere fact that planned obsolescence is being practiced is enough to put users on edge.

Recently, we have seen Apple rolling out iOS 14.5.1 to eligible devices, bringing to these devices, among other things, the controversial App Tracking Transparency feature.

However, reports are also surfacing from users of iPads and iPhones that have been updated to this new build of iOS, reports to do with system lag and alleged throttling. what’s wrong with throttling iOS 14.5.1? App’s are taking forever to load, phone’s lagging. When is it getting fixed?
Source

Updated from iOS 14.5 yesterday to iOS 14.5.1 on my iPhone 11. After the update finished, I was playing CODM and noticed the frame rates were horrible. I checked my settings to make that it was set to the max frame rate, which it was. I then ran a geekbench test, and the scores I got were horrible for the multi-core.

I then rebooted my phone to no avail; it was still super slow in games and in opening apps. I then proceeded to do a clean install which seems to have fixed the issue. Now my geekbench score is normal, and performance is what it used to be. What is going on, Apple? Anyone else having this issue? Upload a screenshot of your geekbench score on iOS 14.5.1 and tell us what device you have.
Source

A number of popular tech YouTubers (1,2) have also noted a pretty significant discrepancy in benchmark scores between recent Apple devices following the update to iOS 14.5.1.

This issue seems to be affecting most recent iPhones and iPad with reports from users of the iPhone 11, iPhone 12 and even the iPhone SE 2020.

My Apple iphone se 2020 is just 6 months old and after updating to latest ios 14.5.1 it is lagging like old android phone and not able to perform its basic functions properly like playing music and streaming videos without lag.
Source

Interestingly, this issue doesn’t seem to affect all users of these devices as reports are a little scattered. On the community forums, a user would report facing an issue and the next wouldn’t have any such issues despite having the same device.

So now, onto the big question. Is Apple doing that thing again? Is Apple throttling iPhones and iPad using iOS 14.5.1?

Well, probably not. See, newer devices are also facing this issue and these should be Apple’s top priority right now (other than making mega money for its investors).

We shall continue to keep an eye on this and update as and when we get more info from Apple or affected users so stay tuned to PiunikaWeb.

IST 08:05 pm: According to recent reports, it seems that more users are facing performance issues like apps force closing or frozen while loading and poor RAM management after the iOS 14.5.1 update.

IST 05:12 pm: The iOS 14.6 has reportedly boosted the performance on iPhones leading some to think that the throttling issue has disappeared for good.

Is it just me or did 14.6 make my phone snappier? I have a standard iPhone 11 and I feel like this update made my phone much snappier and fast.
Source