[Updated] Siri cuts off or stops in middle of sentence after iOS 14.5.1 update on iPhone/iPad? You're not alone (workarounds inside)

iOS 14.5.1 was a pretty impressive update on paper until it arrived on iPhones and iPads across the globe.

After updating the units, the new update that was expected to bring more optimizations and stability brought bugs instead.

We saw how after updating to iOS 14.5.1, Apple Music started crashing when connected and played via Apple CarPlay. Well, this isn’t stopping anytime soon as we have another bug to add to the long list. This time, it is Siri that has been affected.

According to the reports, Siri cuts off or doesn’t complete sentences. Here are the reports that have floated recently.

Ever since I updated to iOS 14.5.1, Siri has been unable to review voice dictations completely. For example, I would be dictating a text message with Siri, and when Siri is reviewing the text message, it does not complete the sentence and cut itself off at variable times into the review of the sentence. This only happened after the 14.5.1 update.

Siri cuts out when reading back my texts and doesn’t speak to ask if I want to ‘send’.

This has been occurring when users are mostly driving and have their iPhones/iPads connected to the car, making it really a painful task to send text messages or read incoming texts aloud.

It impacts messages, maps, or anything that has text to speech in CarPlay. Users believe, the issue with Siri only appeared after iOS 14.5.1 update and is irrespective of the device used.

While rebooting managed to make it work for a few users (1, 2), it does no good to the major chunk. Here’s what a user who had the same issue when connected to Apple CarPlay says.

I have tried everything including disabling Siri in the iCloud, logging in and out of iCloud, resetting Siri, and nothing has worked.

From what it appears, the new iOS 14.5.1 update has broken Siri and requires a fix from Apple.

But taking into consideration the ignorant behavior from Apple that barely acknowledges issues, users have to fight their own wars till a fix arrives.

A user found a workaround that should help fix the issue with Siri.

Another user-shared workaround that appears to help is:

Tried turning Siri off both “Listen for Hey Siri” and “Press Side Button for Siri” and restarting again. Turned them back on and it’s now working.

FYI some say iOS 14.6 resolved the issue for them.

The iOS 14.6 update reportedly fixes the Siri cutting off or stopping in the middle of a sentence issue:

Ok I got off my butt and went and checked for you my friend. I am happy to report that it appears the update has successfully fixed the bug.
Source 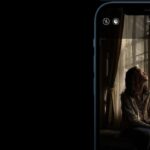