[Updated] YouTube Premium subscription activation issue: It's been 9 weeks but still no fix in sight

YouTube is by far the most popular video-sharing platform in the world and has over 2 billion monthly active users who watch 1 billion hours of YouTube video content each day as per a report.

The Alphabet-owned platform launched YouTube Premium in 2018 which is essentially its rebranded subscription service that was earlier known as YouTube Red.

Users who purchase the premium subscription get to experience YouTube without the annoying ads, can use the background play feature, and even get access to YouTube Music without any restrictions.

A report towards the end of 2020 highlighted that YouTube had over 30 million Premium and Music subscribers, which is quite impressive.

That said, around 9 weeks ago, many YouTube users started noticing subscription activation issues since the money was being deducted from their bank accounts but YouTube was not activating the Premium service for them.

The platform’s support team did acknowledge the issue and claim that the team is looking into it as we highlighted in our dedicated YouTube bugs and issues tracker.

Unfortunately, it seems that several weeks after the issue was acknowledged, there are still no signs of a fix since many users are still facing the same problem. Here are some reports for reference.

I have paid the YouTube Premium fee twice, and it has not been activated. Please activate and return the payment fee for the first time and be satisfied with activation with the second payment fee (Source)

I bought youtube premium but it is not working.it does not start yet.and my payment has succesful.please look on this matter (Source)

Each day we’re seeing a bunch of new reports regarding the YouTube Premium subscription activation issue pop up on platforms such as Twitter and the company’s community forums.

YouTube has been responding to most of these complaints over the past few days with the following message:

For a massive brand such as YouTube, this is an extremely slow resolution time for a critical issue. Moreover, the team is yet to share an ETA for the fix.

Fortunately, affected users can initiate a refund process so that they can claim back their money. But it shouldn’t have come to this point in the first place.

That said, we’ll post an update if and when there are any further developments regarding the YouTube Premium subscription activation issue.

In a follow-up update, YouTube’s community manager mentioned that the issue is mostly affecting subscribers in India who are trying to purchase the service via the UPI payment method.

Fortunately, they’ve confirmed that the amount will be refunded within 3 days and have suggested users opt for other payment methods. 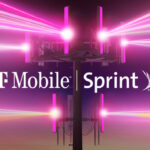