The Xiaomi Mi 10T Lite was announced back in September last year following which it was released for the global and Chinese markets a few months later. Soon after, in early 2021, the device made it to India as the Mi 10i.

In China, the device isn’t sold as part of the Mi series though. Xiaomi has instead decided to opt for the Redmi brand and named the phone as Xiaomi Redmi Note 9 Pro 5G.

Aside from these naming differences, there isn’t anything else that sets all the three variants apart. 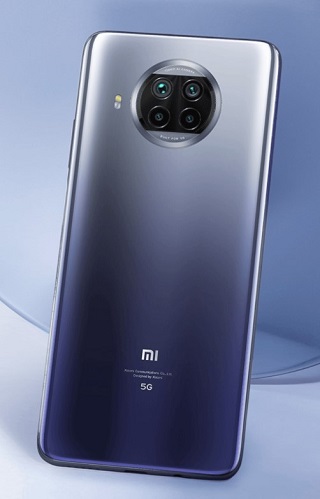 The devices all come with the Snapdragon 750G processor that not only makes them 5G-capable but also one of the cheapest Snapdragon 5G-enabled devices around.

Anyway, the Xiaomi Redmi Note 9 Pro 5G has been receiving continual MIUI 12.5 builds as part of the Chinese beta program. These builds are released in a frequency reaching as high as three times per week.

But of course, these beta updates are limited to the participants of the testing program alone which meant that the vast majority of users have still been eagerly waiting to get a taste of MIUI 12.5 stable.

The wait has now officially come to an end though, at least in China, where Xiaomi is now seeding the Android 11-based MIUI 12.5 stable beta update for the Xiaomi Redmi Note 9 Pro 5G.

The download link and complete changelog have been given below:

Yep, the changelog is pretty lengthy but the most notable changes include performance improvements, enhanced privacy features, an updated Notes app, new animations, and some UI tweaks.

Do keep in mind that this changelog is for the Chinese variant of MIUI 12.5 for the Redmi Note 9 Pro 5G, and when the update goes live for the Mi 10T Lite and Mi 10i, expect the changelog to be vastly different.

So anyway, what does this release mean for the global variants of the device? Well, considering that MIUI 12.5 has been deemed stable enough for a Chinese release, a global release mustn’t be too far off either.

However, the build in question is only available as a stable beta which means that a wider rollout is still awaited even in China. Hence, MIUI 12.5 stable for the Xiaomi Mi 10T Lite and Mi 10i may take a while.

For now, stay tuned to our dedicated MIUI 12.5 update tracker so that you do not miss out on any new developments.

IST 06:55 pm: The Xiaomi Mi 10T Lite global variant is finally getting the MIUI 12.5 update based on Android 11 as scheduled. Here’s the complete changelog followed by the download link for the ROM version 12.5.1.0.RJSMIXM:

Changelog:
(System)
New: Response to gestures is now instant.
New: With 20 times more rendering power, there are now few limits to what you can see on your screen.
New: With custom device model adjustments, any phone becomes faster after the upgrade.

All-new Notes.
(Xiaomi Cloud)
New: Location info can be now reported automatically before the device is powered off
Source

IST 06:55 pm: The Indian Xiaomi Mi 10i variant is finally getting the MIUI 12.5 update based on Android 11. The build is currently limited to Pilot Testers so a download link is unavailable.