At the Google I/O 2021 event, the search giant and Qualcomm teamed up to announce that they will be making it possible for smartphones to get regular Neural Networks API (NNAPI) updates via Google Play Services.

Without diving into the nitty-gritty parts, the Neural Network API is the base for machine learning frameworks, such as TensorFlow Lite and Caffe2.

As you may be aware already, machine learning is responsible for some cool features such as background blur in video calling apps and the live captioning in calls on Google’s Pixel phones.

Of course, these two examples are only a drop in the ocean for applications of machine learning in smartphones.

But the problem with the current workings of the NNAPI is that the APIs or particular API versions aren’t available on all Android phones.

Moreover, the latest updates to the Neural Networks API (NNAPI) are currently offered by full system updates which often roll out to Android phones many months after Google releases them.

Hence, the reason why Google and Qualcomm are taking things up a notch by offering Neural Networks API (NNAPI) updates via the Play Services directly very soon.

In an official video on YouTube, Google and Qualcomm revealed that they will begin rolling out the NNAPI updates via the Play Services later this year with Android 12. Android 12 is scheduled to roll out around September if all things work out according to plan. More on that here.

But new developments indicate that the NNAPI team is allegedly delaying the updates to Android T or Android 13.

This information was shared on the unofficial Google Pixels channel on Telegram.

If the information shared here is accurate, it’s unclear why Google and Qualcomm have delayed the integration of the Neural Networks API (NNAPI) updates via the Play Services to Android 13/T.

Moreover, Android 13/T will only make an appearance next year meaning users will have to wait a long time before they reap the benefits.

That said, we’d suggest taking this with a pinch of salt since neither of the two companies (Google and Qualcomm) have shared any information regarding the delay.

As usual, we’ll post an update if and when there are any further developments surrounding the availability of Neural Networks API (NNAPI) updates via Google Play Services. 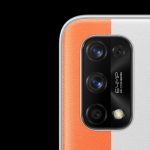