Samsung, for some reason, decided to remove battery usage stats since the last time the device was charged with the Android 10 update.

Instead, the Battery section in the Device Care app only showed battery usage details for an entire day which was reset at midnight.

This change left many Samsung fans thoroughly disappointed with the company since it basically took away the ability to measure the battery drain accurately.

Luckily, Samsung did add the ‘Since last full charge’ graph back to the battery section in the Device Care app with the release of One UI 3. However, users on Android 10 weren’t as lucky.

But it appears that the South Korean firm is finally correcting its mistake by rolling out a new update for the Device Care app that brings back the ‘Since last full charge’ battery graph for Samsung phones on Android 10.

The new Device Care version in the spotlight is 11.0.08.3 and was recently pushed to Samsung users with Galaxy phones running on Android 10 via the Google Play Store.

An individual with the Samsung Galaxy Note 10 who installed the latest Device Care update spotted the new ‘Since last full charge’ and shared the news on Reddit.

As you can see in the screenshot above, the Device Care app for Samsung phones running on Android 10 now shows the battery usage stats since the last full charge.

The previous ‘Last 7 days’ stats are also available in case you wish to see that data. So finally, users can track their battery usage more accurately.

The new Device Care version that brings the change isn’t yet available for everyone. But don’t fret.

You can download and install the APK file for Device Care version 11.0.08.3 on your Samsung phone running on Android 10 to get the ‘Since last full charge’ battery graph.

Having said that, it’s good to see Samsung working on keeping things functional even on phones that won’t be getting newer Android updates. 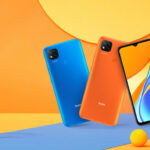 Xiaomi Redmi 9C & Redmi 9 audio distortion issues after returning to home screen or turning off display? Issue has been escalated 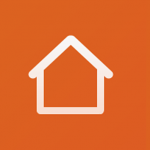