Sublime Text is a popular source code editor with with native support for numerous programming and markup languages.

The Sublime Text 4 build 4107 came out pretty recently for Mac, Linux, and Windows and it brings along a lot of improvements to the editor.

The latest Sublime Text 4 build includes updated Python API along with support for GPU rendering and a bunch of other enhancements.

However, one of the major improvements come for the Mac version of Sublime Text 4. The latest update includes native support for the Apple Silicon processors.

This is certainly good news for developers as they can now view and edit source codes specific to Apple Silicon devices.

Apple is steadily shifting from Intel processors to chips designed by the tech giant itself i.e., Apple Silicon.

This switch was announced in the WWDC 2020 event where the Macs with the Apple M1 chip were also unveiled.

So, it is only natural for software like Sublime Text 4 to have support for Apple’s processor lineup.

This further means that devices like Raspberry Pi can now finally run the source code editor.

It is still good to see that vendors like Sublime HQ are steadily updating their software and platforms to support Apple Silicon. 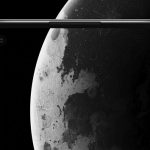