Apple TV users recently got the tvOS 14.5 update with several improvements but it also broke an existing functionality.

Users have been facing audio sync issues while syncing the stock TV speakers with HomePods or other wireless speakers.

It seems that there is still no solution to this issue as users have tried resetting their devices among other workarounds.

While the said tweaks resolved the audio sync issues for some, most Apple TV users could not get rid of them.

However, affected users may not have to wait for long as an upcoming tvOS update might address the audio out of sync issues.

A Reddit user highlighted that the tvOS 14.6 beta 2 update addressed the wireless audio sync issues but some users were still facing them on the said tvOS beta version.

Now, it appears that the latest tvOS 14.6 RC update might have fixed the said issue as affected users are reporting about the same.

This further indicates that the stable tvOS 14.6 update should be able to fix the audio sync issues for all Apple TV users.

This is still based on our speculation as the said issue has not been acknowledged by the tech giant so far.

Since Apple has not made any comments so far, it is unclear whether the tech giant even considered it as a problem or not. Hopefully, Apple sticks to the changes made in tvOS 14.6 RC as they finally fixed the said issues.

Spotify native support on Apple HomePod: Here's what we know 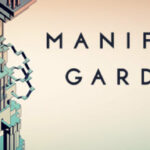 Some Manifold Garden players on PS5 unable to get free upgrade from their PS4 version, fix in the works