Motion Graphics Smoothing, otherwise known as MEMC or Motion Estimation, Motion Compensation has been a staple for the TV industry for a while now, even being dubbed the soap opera effect.

Essentially, this tech allows users to upscale the videos to a higher framerate by analyzing individual frames in a video, and then uses that information to interpolate new frames by filling in the gaps, thereby “upscaling” the video.

Pretty neat, right! Now, mobile display tech has also come a really long way over the past few years and OnePlus started incorporating MEMC chips into its devices starting with the OnePlus 8 and OnePlus 8 Pro devices back in 2020.

The company’s 2021 flagships, the OnePlus 9 and OnePlus 9 Pro also came with MEMC chips meaning that motion graphics smoothing was also enabled on these devices, or at least we thought.

Reports coming in now indicate that users of the OnePlus 9 Pro and OnePlus 8 Pro are unable to take advantage of the motion graphics smoothing feature on some video apps on their devices.

According to some of these affected users, popular video streaming platforms like Netflix and YouTube are affected by this bug.

Some affected users note that this feature has indeed been working for them and that other apps are supported. However, YouTube seems to be the biggest app affected.

I’m not sure if it was the last OOS11 update or the last Youtube app update that did it, but I’m no longer seeing the message confirming that motion graphics smoothing is starting when watching videos in the youtube app. Videos are definitely not running at 120 hz (I have hyper-enabled). Every other supported app works fine and displays the message. I watch a lot of youtube and MEMC was a big draw to the 9 Pro so I hope y’all can fix it soon.
Source

I am using the OnePlus 8 pro with build no. OS 11.0.5.5.IN11DA. My issue is with the motion graphics smoothing thing which has suddenly stopped working. Previously when I used to watch videos I used to get a message saying that motion graphics smoothing is working and that used to make the video experience something else. But this feature has stopped working. I tried all the troubleshooting steps. Called customer care for help but unfortunately, I didn’t receive any assistance. Please help me with my issue as there is no point in watching the video without the feature.
Source

For the case of YouTube, some affected users have found out that the issue might be originating from a recent update to the YouTube app. As such, uninstalling the updates to the app fixes the issue.

Even then, some OnePlus 8 Pro users are still facing the same issue on various other video apps and the culprit is looking like the recent OxygenOS 11-based update to the device.

After the recent update the MEMC or as one plus calls it hyper motion smoothing not working in youtube,mx player & in vlc media player bt its working in amazon prime & the built in video player…kindly do solve it…after every update one plus solves one thing & messes up another….plz do solve the bugs.
Source

As more and more reports continue to surface, frustration and confusion continue to mount as affected users try to figure out what exactly caused this issue on their devices.

This issue has since been brought to the attention of OnePlus and a company official in a comment to one of the affected users goes to confirm that the same has been forwarded to the relevant teams.

We have shared the feedback to relevant team and we’ll keep you posted regarding the further updates.

Hopefully, the OnePlus teams will find a way to restore proper functionality of the Motion Graphics smoothing feature for affected users as this is a key ingredient to the devices’ multimedia experience.

IST 14:04 pm: OnePlus has confirmed in its latest OnePlus 9 FAQ that this issue has been fixed and the changes merged into an upcoming stable build.

Question: Why is MEMC not working on YouTube, Netflix, and others. How to fix this on the 9 Pro?

Answer: This issue has been fixed and will be merged into the next stable update. You can update your system to the latest version after receiving the push.
Source

IST 14:04 pm: Vibrant Color Effect Pro on OnePlus devices is reportedly not working correctly. This has been reported by users of the OnePlus 8 and OnePlus 8T (1,2). 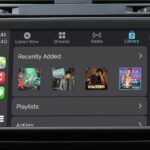 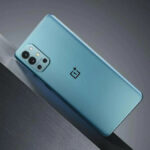