The Android 12 Developer Previews have been around for quite some time now but the actual wait was on for the first public beta update.

Google recently released the Android 12 beta 1 update for a bunch of devices including eligible devices from the Pixel lineup. While some Google Pixel users are liking the Android 12 beta 1 update, others have come across some issues.

However, it is only natural for such beta updates to have some bugs and issues as long as they get addressed by the stable release. So, let us take a look at the issues that some Pixel owners have found so far.

– I don’t like that they’ve removed the pure black look when using dark mode, the dark grey is a downgrade in my eyes, especially when using the phone in the dark. Hopefully they’ll let us choose by the time the final release is out.
– The automatic theming feature doesn’t seem to be working yet, looking forward to checking that out soon.
Source

So is Dark mode back to grey again or is it just me?
Source

It seems that some users are not quite liking the dark grey color bucket of the Dark mode while the automatic theme feature which works in tandem with the wallpaper might be faulty.

Some users are facing problems with the multitasking functionality as it is not working with the gesture as well as three-button navigation scheme.

Moreover, there are reports of issues where the brightness defaults to 0% after reboot along with the silent and vibrate status bar icons missing.

However, the icons do appear in the quick settings panel. Apart from that, users are not quite liking the tap animation with the grainy/starry effect.

While there are not too many reports on issues related to apps, Twitter users did find one problem while using the app.

what the hell is with the new tap animation thing or whatever it’s called?
Source

I hate the sparkle. It looks like the vintage snow effects on websites in the 1990s :S It’s just unnecessary and distracting 🙁 Bring back the clean ripple please!!!
Source

It seems that the Twitter app is crashing on the Android 12 beta when users are trying to upload photos.

One user pointed out that this issue might be occurring due to the Media transcoding settings section in Developer options.

The user was even able to fix the crashing issue by switching off the Assume apps support modern formats option under the aforementioned settings.

As mentioned before, it is quite normal for beta updates to have such bugs and issues. Furthermore, the whole purpose of beta programs is to gather information on issues and bugs to fine-tune the software.

So, if you are also facing any issues on your Pixel device with the Android 12 beta 1 update, feel free to drop a comment below and let us know.

That said, we will be back with more details on the Android 12 update as and when new information becomes available.

11:39 am (IST): Google appears to have toned down the ripple or sparkles effect in the second beta of Android 12. Head here to know more.

Apart from that, the latest beta reportedly adds the Quick Tap feature to the Pixel 5 which basically lets users double-tap on the back of the phone to perform certain actions such as taking a screenshot.

There’s not much chatter surrounding the other bugs mentioned here which indicates that some of them may have been fixed via the update. 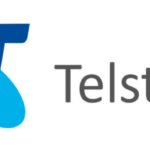