Roku OS 10 update went live for supported devices last month and brought along a bunch of improvements and features – the most notable one being support for Apple HomeKit and AirPlay 2 on some HD TV models and streaming devices.

Another highlight feature addition is Instant Resume, which upon launching a channel, lets you jump right back into whatever you were watching previously. Last but not the least, the Roku OS 10 update adds support for Virtual Surround sound and HDR10+.

But amongst all this cool new stuff, a couple of bugs have also managed to tag along. We previously highlighted how the Roku remote lost volume and TV control after the update for several users.

And now, there are several user reports pertaining to Daily Wire on Roku TV complaining that the app keeps closing and going back to the home screen.

About every 10 mins the shows will cut off and bounce back to the Roku homepage. No other apps on the Roku do this. Was your issue resolved?
Source

After about 10 minutes, the Daily Wire app will exit to the home screen, as though you pressed the Home button once. The problem only occurs with the various versions of OS 10.0. When it first occurred on my Roku Ultra, I was able to roll back the OS to 9.4 using one of the secret screens. The Daily Wire app works fine with OS 9.4.
Source

This happens following a short period of time where the app freezes completely. The entirety of the issue occurs randomly and is limited to the Daily Wire app alone.

Users have already tried basic workarounds like re-installing the Daily Wire app, restarting Roku, etc. all to no avail.

While there doesn’t seem to be any definitive fix available for the problem, a user suggested that downgrading to an older version of Roku OS like v9.4 may help.

If that doesn’t do the job for you, then worry not, for Roku is already aware of the issue and are currently investigating it:

Hence, if all goes well, we should see a fix roll out for the Daily Wire app closing issue either in the form of an app update or even as a small Roku system update.

In the meantime, we will be keeping an eye on the matter for any further developments so stay tuned to PiunikaWeb. 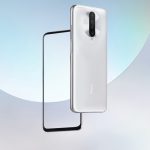 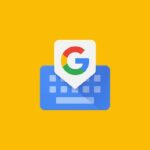