Google and Apple almost certainly introduce new sets of emojis with every Android and iOS iteration. This was on show when both companies unveiled their updates to Android 11 and iOS 14 back in 2020.

More than 100 new emojis were added to Android 11 and iOS 14 following a decision to do so by the Unicode Consortium, the guys in charge of deciding the characters to add to the Unicode standard for consistency purposes.

For a quick heads-up, the over 100 emoji additions include new gender variations of Groom, Bride, Feeding Baby, transgender flag, and LGBTQ+ icons.

The updated standard also bundles bubble tea, a tamale, and other new new food and drink items, some new animals, and so on.

But as expected, there will always be some differences here and there in the way Google and Apple render emojis on Android and iOS devices, including some customizable options like face mask.

With many iOS users already enjoying the new set of emojis, most Android users remain in the dark owing to the fact that Android 11 update is not yet live for them.

Things should change with the update to Android 12, though, as Google is reportedly looking into decoupling fonts and emoji from system updates.

On the brighter side, there is a way you can bring some of the good iOS 14 emojis to your Android device, with or without root access.

Of course, being unofficial methods, you should expect to bump into some issues here and there, but overall, you’ll get to enjoy the new iOS 14 emojis on your Android device.

How to install iOS 14 emojis on Android

Several publications claim that Android users can enjoy iOS 14 emojis on their devices without root. This, apparently, can be achieved via 3rd-party apps, but truth be told, you’ll be getting nothing close to the real deal.

The only proven way of installing iOS 14 emojis on an Android device is first rooting the device in question before embarking on a mission with the popular Magisk.

Now, if you are still here, I’m assuming you know your way around rooting Android devices. To install iOS 14 emojis on your rooted Android device with Magisk, follow the steps below:

1. Download the iOS 14 Emoji Magisk Module here. Samsung users can get it here.
2. Flash the module to Magisk Manager app.
3. Click reboot to restart your phone.
4. Open Messenger, Instagram, or any other app to verify the change to iOS 14 emoji.
5. Done!
Source

Of course, with more emojis added in the newer iOS 14.5 update, we expect the guy behind this module to update it with a new set of emojis in the near future, so be sure to keep an eye on this thread.

Just so you know, we haven tried any of these iOS 14 emoji modules on our end, so know that you are getting into this process at your own risk. But we hope nothing terrible comes your way.

Do let us know in your comments below if this worked for you or any other alternative methods to download and install iOS 14 emojis on any Android device.

Coming to the third-party apps that work, Green Apple Keyboard is one such app that we’ve tested ourselves and can confirm it works. All you have to do is, install the app, and set it as the keyboard, and then restart your device.

Following are the screens that you’ll see:

And there you go!

zFont 3- Emoji & Custom Font Changer [No ROOT] is another application that you can use to install iOS 14 emojis on your Android device. How? Well, for that you may take a look at the video below (caution: we haven’t tested this app on our unit, so be careful):

In the video below, one of the Android phone users (with a Xiaomi device) has shared how one can use the GBoard app to tweak the keyboard to get iOS 14-like emojis and keyboard.

Those of you using Xiaomi Redmi devices, can simply head to Theme Store and download ‘iOS Moji’ (as shown in the following video). That’s all, you can now enjoy the iOS 14 emojis on your Xiaomi unit.

A senior XDA community member has shared a Magisk module that lets users get the iOS 14.5 emoji on their Android smartphones too. Interested users can download the module by heading here.

An individual has shared a video on YouTube wherein they’ve shared a guide on how to get iOS emojis on Android without rooting the device.

The entire process should take only a couple of minutes. However, it’s worth noting that this won’t work on all Android phones. Check out the video guide below. 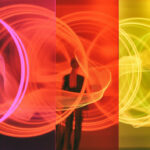 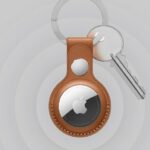