Ubisoft, the game development studio giant, has created some of the best games that we play today. The French company continues to bring revolution to the gaming world with new concepts.

The creators took gaming to the next level last year by integrating Uplay and Ubisoft Club services to bring a host of cross-platform features. This ecosystem merges Uplay, the PC client, and the Ubisoft Club rewards system to bring gamers across multiple screens and devices in a single place.

Games like Tom Clancy’s Rainbow Six Siege that are technically detailed espionage and follow military-science storylines are an incredible piece of art and are still worth it in 2021.

But Ubisoft seems to have bumped into an issue lately that heavily affects the gameplay on Ubisoft connect. This takes not only Rainbow Six Siege but many other games under its radar.

Reports have started to flow in where games would throw errors “Failed to synchronize achievements” and “connection lost” for users who have been trying to log in using Uplay.

rainbow says everyone is offline and failed to synchronize achievements. Fun (Source)

Initially, it was believed to be an issue with only the Rainbow Six Siege game but players from For Honor, The Division 2, and probably more games have encountered exactly the same issue.

Trying to play “The Division 2” I am receiving a “connection lost” issue into the Ubisoft Connect Client.
Do you know of any problem with the play servers? (Source)

The error message won’t let players get into the game and kicks them out of the launching window. The issue is likely to have roots back to the cloud save and Ubisoft connect.

This confirms that there’s something terribly wrong at Ubisoft’s end which requires immediate attention, which the company no doubt did.

The official support came forward to acknowledge the issue and assured that the issue is already being worked upon.

This brings some ray of hope but may take some time to finally let users play. In the meantime, you can try these troubleshooting steps which may be a breather.

We now have a confirmation from Ubisoft that they have addressed the issue and the case has been resolved.

We will continue to track this issue and keep updating the story as and when new developments begin to flow in. Poco X3 NFC discontinuation probably does NOT mean no MIUI 12.5/13 updates, contrary to what many may think 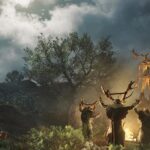