HBO Max has become one of the most popular video on demand service with over 40 million active subscribers.

The HBO Max app is available on numerous platforms including Apple’s tvOS, however, Apple TV users have been facing some issues with the app.

As per recent reports, HBO Max subscribers have been dealing with hanging/lagging issues on the Apple TV app.

Affected users pointed out that the HBO Max app freezes on Apple TV 4K and required a reboot to work again.

Does HBO max lag too much to even bother watching for anyone else?
Source

Everytime I go to launch HBO Max on my Apple TV 4K, it pauses and does nothing. I end up having to reboot the Apple TV. I have no issues with any other streaming services on my Apple tv… What does the brain trust think?
Source

While it is unclear what the actual cause of this issue was, a user reported on the Apple Community that HBO Max Support acknowledged the same.

According to the user, the relevant HBO Max team was aware of the said issue and a fix was being looked into.

On the other hand, some affected users also found a workaround to bypass the said issue. It involved mirroring HBO Max to Apple TV via an Apple iPad or iPhone using AirPlay.

So, if you were or are still facing the said problems with HBO Max on Apple TV, be sure to update the app to the latest version and feel free to drop a comment below to let us know whether it resolved the issues or not. 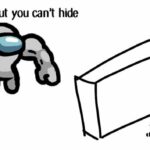 [Update: May 13] eBay Standard Envelope option not working? You aren't alone, but a fix is coming soon