Destiny 2: Season of Splicer crash during login & before character selection issue gets officially acknowledged (workaround inside)

Destiny 2 players got a big treat with the Season of Splicer update yesterday that added a bunch of new stuff to the game.

Players can now use the Transmog system that allows them to tweak their Guardian’s armor without messing with the stats. Further, the OG raid — Vault of Glass — is here and will be accessible later this month.

Of course, this is just a scratch on the surface of what’s new. That said, many players who’ve rushed to check out the new update have been left annoyed, to say the least.

This is because players have been reporting that the new update appears to have brought a bug that causes Destiny 2: Season of Splicer to crash during login and before character selection.

We’ve shared some reports from users for reference below.

Game is crashing when I log into destiny 2 Just before it gets to character select. Tried it on my GFS profile and signs in and works. But my profile does not. (Source)

hey guys I can’t login to Destiny 2 at all it keeps giving me an game or app error continuously and idk what to do. Pls tell me what I should do (Source)

Bungie I have a big problem on PS5. I did the update I try to login and I crash. I tried to uninstall and install the game again but I have the same problem! Why can’t I play? (Source)

As you can tell, players have been trying to log in to play the game for hours with no luck.

Moreover, the problem does not appear to be affecting players on any particular console or platform.

Having said that, players can find some solace in knowing that Bungie has acknowledged the crash issue during login and before character selection with Destiny 2: Season of Splicer.

Bungie is currently investigating the issue and is also seeking additional information from players to help get to the bottom of the problem quickly.

While there’s no ETA for a fix, you can still try one promising workaround that appears to have fixed the problem for many users.

Well, what’s this magical fix then? Turns out, all you have to do is delete some friends until you have less than 40 in the game.

As sad as this is, this is the only way I was able to get in the game. I had to delete friends until “total friends on D2” was less than 40. This is absurd.

Edit: For those that had trouble logging in and this worked, please respond here so that the foolish non-believers can see that it worked. (Source)

A YouTube — Sweatcicle — has also confirmed the same in a short video shared on YouTube. Check it out below:

As usual, we’ll keep tabs on the situation and will post an update if and when Bungie shares any further details regarding the crash issue on Destiny 2: Season of Splicer. 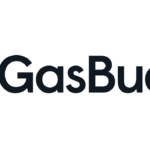 Gasbuddy app not working due to high volume of users, issue officially acknowledged and fix underway Nordstrom Rack website & app unable to add items to cart (place order or checkout)? Fix in the works, but no ETA