The Mi Music app has been in desperate need of updates to match the aesthetics of the rest of the MIUI system apps ever since MIUI 12 came into the picture.

The app had begun to show its age and although it did receive an update bringing several improvements to the home screen back in December, it just didn’t feel enough.

Xiaomi has been busy with redesigns for several of their apps recently. We previously highlighted how the Mi Community app bagged a massive update bringing a complete visual overhaul combined with some new features.

And it is now finally the turn of the Mi Music app to get redesigned as well. An update that bumps up the app version to 4.0.0.0 just went live in China.

It brings along QQ Music integration to offer a richer catalog comprised of the latest and most popular songs.

But of course, QQ Music is a China-specific service which makes sense considering that the Mi Music app update is currently only installable on the Chinese MIUI 12/12.5 builds. This makes the app update only useful in China.

Still, Mi Music v4.0 should eventually make it to the global users as well. Xiaomi is known for integrating its music app with various music streaming services depending on the region – in India, it’s with Hungama.

Perhaps, the Indian variant of the Mi Music app v4.0 will come with Hungama integration as well thus replacing QQ Music, although it is too early to say for sure.

Apart from the above, the update also brings along the following new features:

The Mi Music app isn’t the only one to get treated to a major update as a new update is also being rolled out to Xiaomi’s own intelligent AI assistant that goes by the name of Mi AI.

The utility was under internal testing till now but version 5.0 changes that. The update marks the end of the internal testing and the beginning of the deployment of the beta versions of the app in China.

Yep, the app is once again virtually limited in China alone as its services don’t seem to be working outside of China yet. Still, MIUI enthusiasts are free to give Mi AI a try by downloading it from this link. 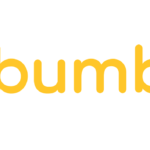