Bumble is a popular online dating platform which came out way back in December 2014 with over 50 million users.

The Bumble app is available on the iOS and Android platforms and it recently got an update to versions 5.214.1 and 5.219.0 respectively.

However, Bumble users have been facing an issue after the latest app update where their messages/chats are disappearing.

As per recent reports from Reddit and Twitter, Bumble app users are unable to view more than 15 messages/chats.

Also, chats from matched and unmatched users are also getting deleted instead of showing a message that the profile has been deleted or unmatched.

@bumble hey! I used to be able to see my messages and now only a certain amount are loading only a few days back. I tried to reach out to support with no response. Please help!
Source

The said issue is causing a lot of inconvenience to users as they are unable to keep a track of their chats/messages after the latest app update.

While it is unclear what the exact cause of the said issue is, users may not have to dwell with it for long.

The official Bumble Twitter handle has acknowledged the chats disappearing problem and has said that it is a known issue.

Moreover, they are are working on a fix which further indicates that an update is expected to resolve the issue soon.

This, however, is still based on our speculation as no ETA for the said fix has been provided by Bumble so far.

It is still good to see that the issue has been acknowledged by Bumble and a fix is being looked into.

Hopefully, Bumble addresses the messages disappearing issue and soon releases an update with the said fix. 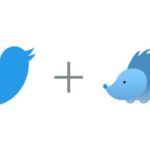