However, Apple Fitness+ subscribers have been facing connectivity problems ever since the service started.

As per multiple reports from numerous online platforms, Apple Fitness+ on Apple Watch disconnects from Apple TV when workout videos are playing.

It seems that a lot of users have been facing the Apple Fitness+ disconnecting issue. Also, Apple’s latest round of updates have not addressed it either.

Users have been reporting that they have to start the workaround video again after the ‘Device connection lost’ error.

I have now experienced Apple fitness plus disconnecting/pausing/stopping a workout in the middle. I am only about 4 feet from my Apple TV. What can I be doing wrong?
Source

I keep losing connection in the middle of a workout. It then gives me no credit for the workout on my exercise ring, move etc. I’m on Apple TV and iPad. It’s not my internet connection because everything else streams fine with no lags or dropping connection. How can I fix this?
Source

Moreover, users have been asking Apple to add functions where users can either seek the workout videos as per their convenience or resume the videos from the point where the error occurred.

However, Apple has not even acknowledged the widespread issue so it is unclear whether the tech giant is working on a fix for the same or not.

The lack of support from Apple has led users to try different workarounds to get rid of the said issue.

@Apple immediately need an Apple Fitness + to allow me to select where to start from. It keeps disconnecting and I can’t go back to the part I’ve been on and have to start over. Not doing that the third time now, will cancel my subscription until this is fixed
Source

A user has said that the issue got resolved for them after the latest iOS 14.5 update but there is a catch.

The user said that after the update they unpaired their Apple Watch from iPhone and Apple TV then performed a complete reset of the smartwatch. The user was able to fix the issue by setting up their Apple Watch as a new device in both, iPhone as well as Apple TV.

Other workarounds involve switching to a different device (iPhone, iPad, or a different Apple TV), disconnecting AirPods or other Bluetooth headsets, checking for internet problems, and trying a different workout session.

While the workarounds given above may fix the Apple Fitness+ disconnecting issue, a permanent fix is still required.

Hopefully, Apple looks into the matter and soon addresses as no one likes to pay for a service which eventually causes inconvenience. 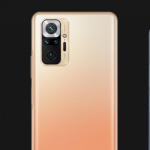