These bugs range widely, from little annoying glitches to full-on crashes that hamper the user experience of the said piece of software.

Any gamers in the house are probably familiar with Returnal. For the uninitiated, this is an upcoming third-person shooter science fiction psychological horror video game developed by Housemarque and published by Sony Interactive Entertainment.

Now, players of this Returnal game on Sony’s PlayStation have been reportedly facing an issue to do with the game’s stability. According to affected users, they keep facing crashes when playing.

Crashed after 20 attempts to pass the Phrike. I made it to the next level. Luckily, I had the crimson key already or I would have been so mad. It took me 2 hours to prep for Phrike and win. I was deep into Arakis when crash erased all my weapons, artifacts, etc.. such a huge bummer.. but, at least I was able to find my way back to the gate again in about 15 minutes.. this is NOT a game you want to crash..

Please HM, if you are watching this sub, please add a single save. Make it strict—- I don’t care.. but it will and does crash and it is extra heartbreaking when it does. I know you know what I’m talking about..
Source

I can’t even get 2 minutes in without crashes and I’ve seen plenty of threads about it.
Source

At the time of writing, there is a thread on Reddit for users facing this issue and it has already gunnered close to 500 upvotes, perhaps a testament of the magnitude of this issue.

As it turns out, Returnal is aware of this crashing issue on the PlayStation and it is pointing a finger at the platform maker, Sony, for this bug. In a message posted on Discord, Housemarque says:

“This is an issue with the platform. We’ve sent our report to [Sony]. Specifically, it has something to do with the pre-start system.”
Source

Additionally, it is coming to light that Housemarque is aware of a number of other minor bugs and issues with the game. These include audio glitches, control mapping errors, and a bug with the pre-order suit.

Game does not have a save option
– The game team is aware of the issue. There’s no need to bring it into our attention any more.

Not able to interact with the fabricators and not able to pass through doors
– If you are using a pre-order suit. Enter the pause menu and select “Restart your run”. Select the plain Selene suit in your spaceship. (Your run will be aborted, but any permanent progress and weapon upgrade progress is kept.)

Audio issues
– Audio may be too loud or cut off completely.

Barnacles not appearing visually
– Invisible barnacles may stalk the map and suck you up, even though you can’t see them.

After remapping controls, some interactions may not work
Custom control mapping may prevent you from reading items in the house, cleansing chests or other interactions. To fix the issue (for now), use default controller settings.
Source

It remains unclear when Sony will push out a firmware update to the PlayStation to fix this issue for Returnal players. We can only hope for a quick resolution of the same as this is a pretty grave issue.

We shall continue to keep an eye on this and update as and when we get more info so stay tuned to our dedicated gaming section for that and more.

09:45 pm (IST): There is another update to version 1.3.4 that, according to the release notes, reverts to a previous stable build (1.3.1) while fixing a known Trophies issue and keyboard exploit.

This patch also makes it possible to safely play all save games. Below is the rest of the changelog:

– Some game saves will have become corrupted with Patch 1.3.3, but maintained their file size. Players with those save games are able to safely continue their progress after installing Patch 1.3.4, without the need for using a backed up save game.

– Unfortunately other save games will have been effectively “deleted” by Patch 1.3.3, with their file size reducing to 0KB. These save games are not directly salvageable by Patch 1.3.4, without a backup save game available.

– In those cases, please try using a backed up save from PS+ if available, after installing Patch 1.3.4. With an intact save game from PS+, players can safely restore and continue playing with Patch 1.3.4 installed.

– Depending on the console settings, the cloud save may have been overwritten by the “deleted” save game noted above. If this is the case, progress will remain unsalvageable, even with Patch 1.3.4.
Source

Returnal has a new update rolling out as version 1.3.6 and it brings the following changes:

Xiaomi Redmi Note 9 Pro is eligible for Android 12 update as per mod; has Xiaomi made 2 Android updates the new standard? 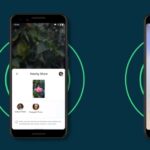