Motorola recently began rolling out the Android 11 update for the Moto G Fast in the U.S. with the February security patch in tow.

Like most other Android OS updates, this too is rolling out in a staggered manner, meaning that it isn’t live for the device in all regions. 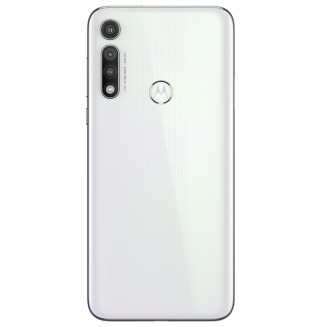 This is one of the biggest flaws of Android as a platform even though the pace of OS updates has picked up a lot over the years.

That said, while users are usually left in the dark regarding the ETA of OS updates, Canadian carriers maintain dedicated software update trackers to inform customers in advance regarding the availability of upcoming updates.

And with the latest update to its OS update tracker, TELUS has revealed that that the Motorola Moto G Fast will get the Android 11 update on May 11 in Canada.

Of course, TELUS makes it clear that the dates shared in its software update schedule are subject to change.

Having said that, even though TELUS has confirmed the date, it’s likely that other carriers in the country such as Fido and Rogers will be sending out the update around the same time.

The Android 11 update brings a bunch of new features, improvements, as well as a revamped user interface.

Unfortunately, Motorola does not share a detailed changelog, meaning you’ll have to play around with your device after the update to see everything that’s changed.

As usual, we’ll post an update when Motorola begins rolling out Android 11 for the Moto G Fast in Canada.

You can also check out our dedicated tracker to know more about the status and availability of Android 11 for all eligible smartphones from the company.

A user has taken to Twitter to confirm that they’re received the Android 11 update on the Motorola Moto G Fast from Bell in Canada.