Gmail is one of the most popular email services with over 1.8 billion active users worldwide according to stats shared by Statista.

To keep users satisfied with Gmail, Google has been steadily improving the web version as well as its iOS and Android apps.

Some of these improvements might not seem like much but are a tremendous help such as the Promotions or Social tab in the Gmail app.

As the name suggests, it keeps your primary inbox free from promotional and social media spam.

But it seems that some Gmail users using the app on their iOS devices have recently started reporting that the Promotions and Social tabs aren’t working.

@gmail I’m having a really weird problem with Gmail right now, using Gmail iOS app on iPad and iPhone. Only the primary tab loads, and tapping on any other tab just gives me a message, “No connection”. Issue is on both devices very suddenly. Desktop works fine. Whats happening? (Source)

@gmail any status updates on iOS app issues? Looks like some weird server problems? Can load main inbox but not folders/tabs (just get a “no connection” error) (Source)

Reports of the problem started appearing some hours ago and it appears that Google is yet to fix the issue.

It’s possible that a bug in the latest update for the Gmail app (version 6.0.201231) for iOS is to blame for the Promotions or Social tab not working.

However, there’s nothing to confirm the same. That said, here’s a screenshot of the error shared by a user on Twitter.

While Google has not made any official comment on the issue, a Diamond Product Expert on the company’s community forums has claimed that they’ve passed it on to the team to look into it.

Assuming it is, I have noticed other users complaining about this issue. So, I have passed it over to the team at Gmail for a look-in. (Source)

That said, we’ll post an update if and when there are any further developments regarding the Promotions or Social tab not working in the Gmail app for iOS devices.

In a reply to a tweet, Gmail says the team is aware of this issue and is already working on a fix, but we don’t have an ETA just yet.

Got it. Thanks for reporting. Our team is aware of this issue and working on a fix. Appreciate your patience.

While Google is working on resolving the issue, the only workaround is to access Gmail from mobile/desktop browser, as has been shared by a product expert at the community.

Another option is to select ‘All mail’ in the ‘Search in Mail’ drop down. Additionally, deleting the app and reinstalling it also turned out to be helpful for some of the affected users, so you can give a try.

One more workaround that has been given a thumbs up by many affected users is to open the app and click on the profile picture> Manage accounts on this device> Turn it off> Close the app> Open the app again and enable the option.

The tab in question should work once again. As for any update from the Gmail support, they’re still saying the fix is being worked on. So you may have to wait more.

A few more user-shared workarounds that appear to help are:

One temporary solution, not the greatest, worked for me. Go into account menu (upper-left corner) in ios gmail app and choose settings/account/inbox categories and de-select the Promotions, etc. so that all mail goes into Primary.
source

Or you can just type in category: promotions and it brings up what has come in since the BUG
source

Disabling and re-enabling the conversation view is another user-shared workaround that appears to help. So give it a shot while Gmail resolves the glitch.

A product expert at the community has now shared that the devs are suggesting users to manually update the Gmail iOS app to the latest update version 6.0.210322 (that was released a few days back).

Looks like the problem has been addressed in the newest build.

I have just received a word back from the Gmail team on this topic. They’re suggesting a manual update of the Gmail iOS app to version 6.0.210322.

So, please do that and post an update on whether that help resolves this for you.

Just in case you’re still facing the issue, according to the Gmail help page, in case you encounter “No connection” error, here’s what you can do:

If you received this error on your iPhone or iPad, try the following steps:

Make sure you’re connected to the web.
Close the app, then reopen it.
Sign out, then sign back in.

Just in case you continue to face the issue despite updating the app to the latest version, according to Gmail support, all you can do is send feedback.

Got it. Could you please submit feedback and include the link to this twitter thread here: Gmail app > Menu > Send Feedback? Let us know once done, we’ll look into it.

Another workaround is to head over to the search bar and in the category, type Promotions and hit enter. But you’ll need to do this manually every time. 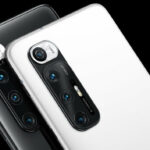 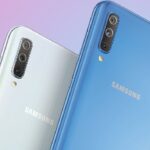