Original story (published on May 06) follows:

Those who have been trading already know the benefits that a decentralized platform provides to traders and developers by cutting down intermediates.

The Etherium based platform is compatible with all ERC-20 tokens and wallet services like the giant Coinbase.

The platform doesn’t have a dedicated mobile app but it allows to trade on top of other wallets using Uniswap’s front-end interface.

Uniswap has been in the news recently for its upcoming V3 and the altcoins it would affect along the way. 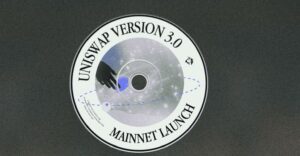 But soon after the launch of the most powerful version V3 of the protocol, Uniswap has started to trouble Coinbase users who were about to begin trading.

Social media channels have been flooded with an issue where Coinbase wallet throws a blank page upon accessing the Uniswap interface.

What about the coinbase wallet issue, is someone going to fix it? Thousend of users cant connect vie their coinbase wallet, mones is loecked up? (Source)

New to this, bought #TEL on uniswap, but with their new update, it is not working on the coinbase wallet. Any other trusted wallets I could use? (Source)

This is a major hit as the Uniswap V3 update claimed to provide a seamless trade but turned out to be a total disappointment as it is not working with Coinbase anymore.

This issue has only appeared after the latest update, things were in flow with the old version.

There appears to be no solution or address from any of the supports at this moment and moving to a different exchange that supports ERC-20 tokens is the only option to break the barrier.

There are plenty of wallets available that can be linked with Uniswap but Metamask is one of the recently launched and most famous Etherium wallets.

This is a total mess considering the humongous user base Coinbase has. Coinbase and Uniswap really need to fix things up before users begin to make the shift.

We will keep tracking this issue and update this page as the story unfolds so stay tuned.

Uniswap is now working on Coinbase. Thanks for sharing the information Alan Morrison.

Next article Forza Horizon 4 not launching or crash issue on Xbox Series X and Series S officially acknowledged, fix in works (workaround inside)