Roku acknowledges issue with NBC, Fox, & other channels appearing to be zoomed in during playback (workaround inside)

Roku is one highly picked streaming player brand that brings the best streaming content to the TV. The platform is also a treat for the brands who wish to advertise their product and content.

With quality content and a variety of free shows to pick from, Roku earned a massive user base as well.

Roku also brings content from some famous channels such as NBC, Fox, live news, and much more to users.

However, there’s no way a streaming platform could escape bugs. We saw the likes of Disney and HBO ending up troubling users.

Roku users have been hit by an issue where content from some channels would automatically zoom in after playing fine for a couple of minutes.

Some Roku users put the blame on ads while some believe this doesn’t have a relation with ads and zooming shows are occurring randomly.

The issue is affecting YouTube TV, NBC, Hulu, and probably more channels. This implies that it definitely has something to do with Roku.

This requires immediate address from Roku, which the brand’s support did try to but barely brought any glimmer of hope.

The support said they are investigating the issue but are yet to find out the root cause. So, it’s obviously going to take some time from here to investigate and then attack the issue.

Thanks for the posts regarding the issue you are experiencing.

As suggested by the support, one can get rid of it by restarting the channel or the streaming app. But there’s no certainty that it wouldn’t appear again.

We would first recommend trying removing the channel from the Roku home screen by navigating to the channel tile, pressing the * key on your remote and choosing ‘Remove channel’. Then restart your device from Settings>System>System restart. Once your player starts up again, add the channel back once more.

The ultimate workaround would be to uninstall the affected app completely and re-install it after a restart. This solved the issue for some users so it can definitely be tried. 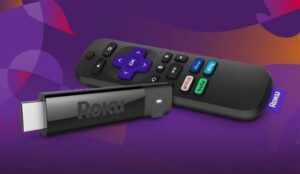 While Roku developers identify the root cause and begin to work on a fix, trying out these workarounds is the only way forward.

We will keep tracking this issue and update this page as and when more information comes to light.

Previous article Poco X2/Poco M2 Pro Widevine L1 reportedly lost for some users after recent updates, but there is a possible fix