The Xiaomi Redmi Note 10 Pro is undoubtedly a highly capable device for its price. Superb specifications like a 120Hz HDR10 AMOLED display and a Snapdragon 732G processor only establish that it is the king of its segment.

However, the device is being thwarted from such a position due to some extremely annoying issues.

There have already been several reports of performance issues that become more obvious after using the device for over a week.

In fact, the situation got so bad that popular Indian Tech YouTuber Geeky Ranjit himself admitted that there indeed is a problem with the proximity sensor on the Redmi Note 10 Pro when taking calls:

Hi, here anyone experiencing proximity sensor issues while receiving incoming calls in Redmi note 10 pro? While playing audio notes in WhatsApp, the screen gets off and audio automatically switches to the earpiece.
Source

As clear from the above complaints, the proximity sensor just doesn’t seem to work expectedly – the display sometimes doesn’t turn off when the phone is put to the ear during a call.

Some users even reported that the proximity sensor doesn’t work at all for them. So yeah, there indeed does seem to be a pretty serious problem at play here.

It is unclear at this point if the issue is a hardware one or is software-related, although we do believe that it is one of those bugs that arise due to the software being a little rough around the edges in its early stages.

Still, Xiaomi did purportedly fix the proximity sensor issue as per the following source:

However, the number of recent complaints only indicates that the problem has persisted. For now, we recommend dropping your feedback on the Mi Community so that your grievances go through.

Also stay tuned to PiunikaWeb as we will continue tracking the issue.

05:51 pm (IST): The Redmi Note 10 Pro proximity sensor issues have now been officially acknowledged and are marked as being ‘continuously optimized’: 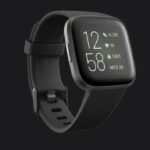