The fitness and consumer electronics vendor, Fitbit, is known for its smartwatches, activity trackers, and wireless-enabled wearable devices.

Since the Fitbit app is available on platforms like Android and iOS, one of its most used features is Fitbit Menstrual Health Calendar.

However, users have been finding it difficult to use the said feature because of a peculiar issue.

As per recent reports from Twitter and Fitbit Community, the Menstrual Health Calendar is not defaulting to current year.

Because of this issue the Menstrual Health Calendar is not displaying the correct users’ menstrual health data.

While it is unclear what is causing this issue, the number of reports indicate that a lot of users might be affected because of it.

Nevertheless, Fitbit has already acknowledged the said issue and might soon release a fix for the same.

Fitbit was founded way back in March 2007 and Google closed its acquisition of the said vendor in January 2021.

Fitbit devices are used by a lot of people across the globe, hence, the Fitbit app is quite essential for users.

So, issues like this can be pretty inconvenient but it is still good to see that Fitbit is already working to resolve the Menstrual Health Calendar issue.

In the meantime, you can check out our dedicated Google section to get the latest updates on Android and other products from the tech giant.

Fitbit says the issue with menstrual health calendar has now been resolved as part of the latest update to version 3.41.1.

This issue should be resolved with the latest app update (3.41.1), take into consideration that this is a phased rollout which means that not everyone will get it at the same time. As soon as the app is available to you, install it and test this feature out.
Source

And indeed, some of those affected can confirm this is the case.

People that have periods – it appears the glitch where it takes you all that way to your birth month has been fixed. At least for me, I went to log my period and it didn’t take me to June ‘83, finally 😂
Source 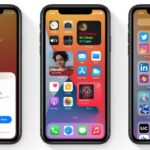 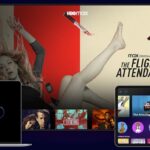