Continuing the streak of releasing Android 11 (Funtouch OS 11) for Vivo devices, the company is now looking to extend the umbrella to more devices.

Next up is the Vivo Y50. Launching with Android 10-based Funtouch OS 10, this device will now begin to receive the Android 11 (Funtouch OS 11) update.

The good news has been tipped by the brand’s South African Twitter support where they reveal that the update is being tested.

Vivo users and fans already know that the company initially tests the major updates under the greyscale testing and then moves ahead with the stable rollout.

This gives Vivo developers ample time to work on establishing the stability of the update.

After the revelation, it can be inferred that some Vivo Y50 users will now be receiving the Android 11 (Funtouch OS 11) update under the greyscale testing.

It is hard to predict the ETA of the stable rollout but looking at the past record of Vivo, it shouldn’t take longer than a couple of months.

In addition to this, there’s not-so-good news as well and that is for the Vivo Nex 3S users who have been waiting for the stable Android 11 update for quite some time now. 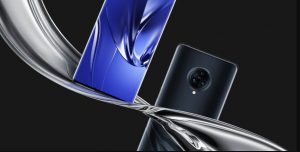 The device bagged the Android 11 beta 2 update long ago and has been lying unattended ever since then.

The support team has made the wait even worse by saying that the Android 11 update, after months of development, is still under the beta testing phase.

It remains unclear as to when the device would get OriginOS with the Android 11 update.

Anyway, all we can do is hope. Vivo has had a decent track record and we expect them to ramp it up, even more, to incorporate devices that have waited for a significantly long period.

In the meantime, you can always head to our dedicated Vivo Android 11 update tracker to never miss any updates.