National Westminster Bank, commonly known as NatWest, is a retail and commercial bank based out of the UK.

It isn’t a hidden fact that all of the major banks now have their own applications to let users handle their accounts straight from their phones. The issue that has stayed common across all these banking apps is that IT-based companies that code these apps sometimes end up messing things up.

And now, the NatWest bank account holders are confronting a technical issue on the bank’s application.

The NatWest banking app has compatibility issues on not just Android 11 but on the latest iOS 14.6 beta as well.

The app throws a weird error where it logs you out of the app, leaving the app completely unusable.

This isn’t really expected from a bank of this size but the positive bit is that they’re aware and already working on a fix on priority.

We are aware of an issue with customers updating to Android 11. Our tech team is looking into this as a matter of urgency. In the meantime, you can use our online banking services.

As for troubled iOS 14.6 beta users, the support assures that they’re working but there’s no ETA.

I’m afraid we haven’t been given a timescale yet but I assure you it’s being looked into as a matter of urgency. We’ll keep you up to date with the team’s progress here. If needed, you can revert back to IOS 14.5 and the app will work as normal (Source)

Mobile applications are required to be optimized when a major Android shift takes place. The earlier versions of these apps may not work well when on the latest version of the OS.

Therefore, while the world is making the shift to Android 11, app developers should be working to make their apps compatible with the latest platform as quickly as possible.

Android 11 has been out for months and most of the apps have already been optimized but NatWest here seems quite slow.

Looking at the track record of other applications, it shouldn’t take NatWest much longer to finally make their banking app compatible with Android 11 and iOS 14.6 beta.

In the meantime, you always have the option to use the website or telephone banking to get the financial things done.

NatWest through the official help account on Twitter says Android 11 users should no longer be experiencing issues with the app. It’s unclear what the situation is with iOS users.

I am just letting you know that the issue has now been fully resolved. Please go to your app store and download the latest version.
Source 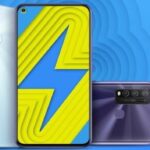