Brawl Stars friendly lobbies gadgets bug (does not turn off) officially acknowledged, but fix not a high priority

Supercell’s Brawl Stars has picked up several new Brawlers and other in-game items over the years to keep players glued to the game.

One of the biggest additions to Brawl Stars was the addition of gadgets last year via an update in March. Gadgets are found in Brawl Boxes and in the shop at Power Level 7 for each Brawler.

Of course, every Brawler has a unique gadget that can be used. However, damage-dealing gadgets do not charge Super (similar to Star Powers).

That said, ever since its introduction, Brawl Stars players have had the option to turn off gadgets in friendly lobbies.

This allows for players to have a go at each other the old school way. But it appears that after a recent Brawl Stars update, gadgets remain in friendly lobbies even after disabling them.

A player took to Twitter to ask the developers of Brawl Stars whether or not they are aware of the bug in the game. Here’s a screenshot of the tweet.

According to the player, the bug has been around for a month. Although, it seems that many players haven’t noticed the issue since there aren’t many reports online.

Nevertheless, Brawl Stars’ game lead — Frank — responded to the player’s query by claiming that they are aware of the bug. However, the bug does not have a high priority for fixing.

Since it’s been marked as a low-priority bug, we don’t expect to see an immediate fix for it to be released.

Although players can expect a fix via upcoming patches. As usual, we’ll post an update if and when Brawl Stars gets a fix for the friendly lobbies gadget bug.

That said, this isn’t the only bug being reported by Brawl Stars players as the game gets stuck on the loading screen for some too. Check out all the details here. 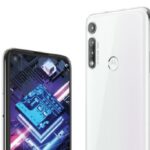