Outriders just got a massive patch that brought fixes for a bunch of bugs and issues that were present in the game.

It fixes stuff like game crashes and bugs associated with multiplayer as well as rebalance some NPCs such as the AI snipers. The exhaustive patch notes can be viewed here.

But that’s where the good news ends. Soon after Outriders players installed the latest patch for the game, many began noticing that in-game NPCs are dealing way higher damage than before.

Moreover, the armor values are a fraction of what they were before the latest Outriders patch which greatly reduces survivability in the game, especially in higher tiers.

Players who noticed the problems rushed to Twitter and Reddit to seek some explanation. We’ve shared some of the reports below:

@Outriders whatever changes you made, not good. You need to balance enemy damage vs health regen (weapon leech, skill leech) there is no reason My build made to reduce damage, increase shields, skill leech and cool down struggle at CT 15 when all gear and stat bonus are maxed (Source)

As evident by the reports, the damage scaling is way off as enemies hit them like a truck. Players who claimed to have completed higher Challenge Tiers with ease say that they can no longer clear the in-game expeditions.

The armor bug makes it worse since it appears that it does not help reduce damage at all. As proof, a player shared images of their damage reduction and damage report. Check them out below.

The math works out to be 0.1669% damage reduction which is galaxies apart from what it should be — around 50%.

Luckily, the storm of reports has not gone unnoticed by the game developers who’ve confirmed that they are aware of the issues regarding armor and survivability in Outriders.

In case you’ve just spotted the maintenance, don’t confuse it for the upcoming maintenance update that is expected to fix the armor and survivability issues in Outriders.

That said, we’ll post an update if and when the maintenance update comes in to fix the armor and survivability bugs in Outriders. 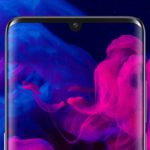