Amidst the working online situation, some apps really play a crucial role in driving the day and Gmail is on top of the list.

The tech giant was maintaining a seamless user experience until recently when a bunch of bugs have popped up on multiple platforms lately.

And now, iPads are the devices that have become the victim of a compatibility issue with the Gmail app.

There are reports emerging where affected users are unable to get the “View entire message” functioning on Gmail.

Gmail has been clipping the contents of emails that are longer than a specified size behind the “View entire message” option.

This restricted content on mails can only be accessed by clicking on the button but this has been inaccessible for iPad users after the recent iOS update.

I am using the gmail app on iPad Air 4th generation (2020) and it has been working fine since I bought the iPad in December 2020. For the last week the “view entire message” option has stopped working. (Source)

I am using the gmail app in my iPad. After I Installed the ios 14.4.1 update when I click in the view entire message link, the screen flashes briefly and then returns to the truncated message. (Source)

From what it looks like, iPadOS 14.4.1 is the culprit but it can not be confirmed until we have more reports from older iPadOS versions as well.

Uninstalling and reinstalling the Gmail app doesn’t seem to work either for the affected users. Gmail did release an in-app update but that didn’t resolve the issue.

What’s more strange is that it works perfectly fine on iPhones and there aren’t any such reports from iPhone users.

When I click view entire message it doesn’t work, it works on my iPhone and computer but not my iPad. All software is up to date (Source)

The only way forward is to drop the idea to view the clipped emails on iPads and have them opened on either a PC or a mobile.

This issue still lies unacknowledged in both Google and Apple forums. For it to get resolved, forum representatives have to bring this to the developer’s notice.

We will continue to track this issue and update here as and when any new development takes place. 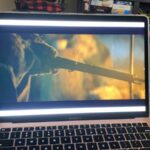 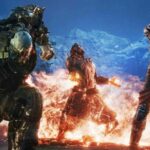