The Xiaomi Redmi 10X was launched in June last year in China. The device was one of the first to come with 5G at its price point. This was made possible by the economical yet highly efficient Mediatek Dimensity 820 5G chipset.

But 5G isn’t all that the phone has to offer because it comes with some pretty decent specs as well. For starters, there is the HDR10+ supporting AMOLED display. You also get a decent 48 MP primary camera.

As if the above isn’t enough, the Redmi 10X 5G even has a Pro variant with some significant camera upgrades that goes by the name of the Redmi 10X Pro 5G. The Pro also offers some additional storage options. Both devices arrived with Android 10-based MIUI 11 out of the box. However, they carried unique codenames meaning that their software wasn’t inter-compatible and that they received updates separately.

The Redmi 10X 5G has been codenamed as ‘atom’ while its elder twin is called ‘bomb’ and both have been awaiting Android 11 ever since its debut in September last year.

The wait is now finally over though, at least for the Redmi 10X 5G, that has now bagged the Android 11 update as a China Stable.

Sadly, it is still based on MIUI 12 even as several other Xiaomi devices are already running MIUI 12.5 stable in China.

Do keep in mind though that the update has been marked as stable and is thus likely being rolled out widely. So you might want to simply wait instead of going through the hassle of a manual installation.

Well, since both devices come with virtually the same specifications, it shouldn’t take long for Xiaomi to complete the Android 11 development process for the Redmi 10X Pro 5G as well.

Hence, for now, you might want to keep an eye on our dedicated Xiaomi Android 11 update tracker so that you do not miss out on any new developments. 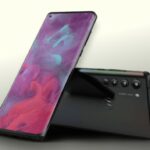 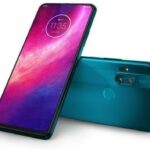