The Fortnite 16.30 update recently went live and brought about a bunch of bug fixes and a few new collectibles and weapons. The bug fixes in question involved both the regular Battle Royale as well as the Creative mode.

But perhaps the greatest highlight among the bunch was the new Creative Save Point device dedicated for all creators. This useful little feature finally made it possible to add long-term progression to Creative games.

Players can now save progress over multiple sessions and return to pick off right where they last left the game. This will encourage them to come back to the same game again and again.

Not only that, but the Save Point device on Fortnite Creative will also enable persistent tracking of inventory, eliminations, resources, and more across multiple sessions.

This opens endless new possibilities – like for example, a racing game where players will be able to track their lap times, a long adventure game that can be completed over multiple sittings, and more.

However, there is a catch:

Due to some unnamed issues, Epic Games has now moved the Save Point device back into closed beta until further notice.

If you’ve already been working on a project, then worry not, for Fortnite has emphasized that creators will not be losing any existing devices or data. However, they will no longer be able to place additional Save Point devices.

While a reason for this rollback wasn’t exactly specified, we suspect that it has something to do with a recent bug where players were unable to disable “Save Resources” on Save Point device. This one affected all platforms.

Thankfully, the issue has been marked as being ‘investigated’ so Save Point on Fortnite Creative should be making a comeback soon enough. We will let you know when that happens so stay tuned to PiunikaWeb.

[Update: Poll results out] How about a Google Chrome Save Tab Groups feature for easy access on re-opening browser later? 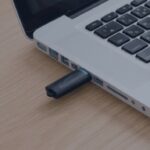