Google’s Chrome OS has come a long way since its release in 2011. Matter of fact, last year Chromebooks outsold Macs as highlighted by this report.

While there’s still a long way to go to catch up with Microsoft’s Windows OS, this is indeed a big win for Google.

The search giant isn’t slowing down as well as it continues to roll out new updates to Chrome OS to squash bugs and add new features.

Reports of the problem started popping up on social platforms such as Reddit a few days ago. We’ve shared some of them below for reference:

I had just gotten Crostini on my Asus C301 and was disappointed that the cursor submarined on VSCode. But when I turned off Crostini GPU support it fixed it. (Source)

The cursor does disappear but it still functions like its there: click, move around, highlight text, etc. (Source)

Coming to the rescue, a Redditor who goes by the username u/Chunkyfungus123 shared a workaround for the problem that appears to have fixed the disappearing mouse cursor in Linux/Crostini apps for some.

That said, users won’t be needing a workaround anymore since the bug that broke the mouse cursor and certain GUI elements in Linux/Crostini apps has apparently been fixed with the latest Chrome OS 91 beta update

This was confirmed by a Project Manager on the Chromium issues tracker who said the following:

So in case you’ve been facing issues with this, you might want to go ahead and install the latest Chrome OS 91 beta update as soon as possible. 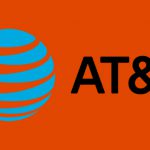 AT&T yet to provision 5G on grandfathered Unlimited plan or other legacy plan? Try this workaround 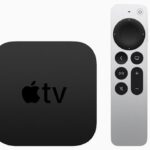