Realme has consistently been working on the Realme UI 2.0 (Android 11) program to quickly shift a big pool of eligible devices to the next version of Android.

The company was quick to provide the Android 11 Early Access programs to every single device within the promised deadlines.

And it’s about time that it begins rolling out the stable version of it too. A couple of devices received it earlier while a lot of them will receive it now.

Realme 6 Pro and Realme 7 Pro were among the first few devices to receive the Android 11 Early Access last year but have been stuck on the beta for quite some time now.

But hours after the company CEO announced an imminent rollout, the company has now finally decided to end the long wait and release the stable Realme UI 2.0 (Android 11) update for Realme 6 Pro and 7 Pro.

The announcement has been made in the official forums for both these devices this morning.

Devices will begin to receive these updates within no time. The ones already part of the beta program will straight away have it in their update centers.

It is the non-beta users who would have to be a little more patient as brands usually roll out updates in batches.

But fret not, it’s part of the protocol and shouldn’t take much longer.

The update brings a bucketload of new changes but the worst news to share is that Realme 7 Pro still doesn’t get the AOD customizations and Edge Lighting feature.

This is a total letdown from the company after promising to release it with a stable update.

Well, looks like there is no future either. The company has chosen not to push this feature and who knows if these devices would ever get attention.

There will be more devices in the pipeline now, so stay tuned to our dedicated Realme Android 11 update tracker to never miss any updates. 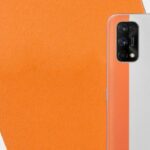