Realme has made it a habit to refresh the existing series of devices every 6-8 months. The most recent addition is the camera-centric Realme 8 series.

Realme 8 on the other hand was a real upgrade that houses the 108MP camera sensor as well as an AMOLED panel.

But irrespective of some loopholes, the Realme 8 series enjoys a great response from photography enthusiasts.

Designing a device and marketing it solely on its camera configuration would also require Realme to equally emphasize improving camera quality which usually degrades as devices age.

But the company made sure they don’t abandon the device after its launch and with continuous feedback from the users, the brand came up with some optimizations and a lot of them are in pipeline.

Here’s a summary of everything that has been added, improved, or fixed through the latest and upcoming OTAs for Realme 8 Pro:

And here’s a summary of what’s in store for the standard Realme 8.

– Optimizing clarity of the main camera.

Realme 8 Pro also features some unique features like the Starry time-lapse and tilt-shift time-lapse feature that takes photography to the next level.

Realme 8 has recently bagged an update that’s mostly centric to the camera. Being a new device, the update frequency is quite high as well.

The April update bears the UI Version: RMX3085_11.A.10 and brings the following optimizations.

Even with a highly capable camera like this, it is important for smartphone companies to tune them well.

We hope to see more extensive development for not only the devices on top of the list but also the ones who have been there for quite some time.

IST 03:35 pm Realme is rolling out a new update for Realme 8 with version RMX3085_11.A.13, bringing more camera optimizations to the table. Here’s the camera-centric changelog.

● Optimized gaming performance in some scenarios and improved gaming experience

● Optimized the image clarity of the front camera

● Optimized the image effect of the rear camera in food scenes

● Optimized the image clarity of the rear camera in normal mode

● Optimized the image clarity of the rear flashlight

● Fixed the probabilistic screen-off issue in some particular scenarios

Realme has stepped up its software update development as well and there’s a streak of stable Realme UI 2.0 updates lined up so make sure to follow the dedicated tracker. 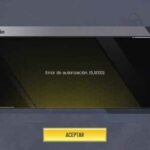 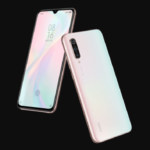