In this connected age, privacy is of paramount importance as user data is increasingly becoming the currency with which big data uses to keep us on a leash.

In line with that, we have seen a lot of progress from the major mobile operating systems towards this front. Case in point, new Android versions come with elaborate permission management services in settings.

Users across the aisle aren’t left out either. This, as Apple is working on a pretty drastic permission management service in the upcoming iOS 14.5 that’s currently in development.

To recall, we’ve seen iOS 14’s privacy measures raising criticism across the board. So much so that there was a huge tussle between Facebook and Apple over this issue sometime late last year.

Now, iOS 14.5 is in its Beta stages and already, we’ve seen the 7th iteration of the same hitting users on the beta program.

As expected, the ‘Allow apps to request to track‘ feature is present and for some users, it seems to be working well, picking up ‘snitching’ apps.

However, a section of users seem to be facing an issue with this feature on the said Beta build. According to them, the “Allow Apps to Request to Track” seems to be greyed out.

Mine is still greyed out when signed in for Apps Store

There have been a number of suggested remedies such as restoring the affected devices, ensuring that the account isn’t a minor’s (less than 18y old), all to little success.

At the time of writing, there was still no official confirmation of this issue and Apple was yet to acknowledge it.

Could Apple be looking for a way to quietly stifle this option (highly unlikely) or is this merely the teething pains associated with any Beta build? We don’t know for sure.

In the meantime, the community forums (1,2) are packed with users of iOS 14.5 Beta trying to figure out how to enable this toggle back.

Going by user reports the issue has made way to the stable iOS 14.5 update as well and has to do with the “Personalized Ads” option (under the Privacy settings). On units with the option in question disabled, the App Tracking Transparency controls are grayed out.

One of the users has shared that logging out from Media & Purchases in Settings > Profile at the top, many help. Another user adds if the option is greyed out, all you gotta do is sign out of the Apple account, reboot your unit, and then sign in again.

One of the affected users shared that they can’t even enable Personalized Ads unless they log out of the App Store. It’s also worth stressing that someone even claims that Apple is aware of the issue.

Apple has now explained why the “Allow Apps to Request to Track” setting is grayed out in some cases. These cases include:

1. For users with child accounts or under age 18 by birth year, signed in with their Apple ID
2. If your Apple ID is managed by an educational institution or uses a configuration profile that limits tracking
3. If your Apple ID was created in the last three days
Source

Some users have started confirming that the ‘Allow Apps to Request to Tracker’ feature is suddenly working, meaning it’s no longer greyed out.

Although, users say that they haven’t been able to get it to trigger when opening apps.

NOTE: We have these and many more Apple stores in our dedicated Apple section. 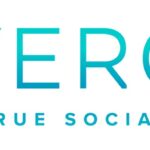