Automatic Call Recording finally comes to OnePlus devices in India, albeit with a catch

Over the past couple of years, there has been a general shift in the Android space as OEMs ditch their own in-house stock apps in favor of Google’s offers, thereby unifying the ecosystem to some extent.

We have seen many devices from phone makers like Xiaomi, Oppo, Realme and even OnePlus coming with Google’s stock Dialer app and Google Messages. This move hasn’t always been smooth.

And rightfully so. See, these OEM apps often have so many features — features that long-term users of the said devices get hooked onto and heavily reliant on.

Case in point, the OnePlus Dialer came with a built-in automatic call recorder. For people like businessmen who have to deal with shady clients, this is an important feature to have.

Sadly though, users lost access to this feature when OnePlus went for Google’s Dialer app that is functional but a little barebones.

At the beginning of the year, we saw OnePlus coming out to confirm that it was working on a way to bring back the automatic call recording feature to users with devices that still had the OnePlus Dialer.

In fact, there is a OnePlus Dialer app on Android 11 that does have this feature and that can be sideloaded onto various OnePlus devices, albeit with varying levels of success. More on that and the download link here.

Now, it is coming to light that OnePlus has enabled this feature on its Google Dialer-running devices, thanks to communication from a OnePlus staff member.

The update that is said to enable this feature, V63, should be rolling out and OnePlus users might want to grab the latest version of Google Dialer from the Play Store to take advantage of this feature.

Also worth noting is that this feature is only available in India, presumably due to legislative issues. Will this move dissuade users that wanted the OnePlus dialer instead of Google’s offer? We can only wait and see.

We shall continue to keep an eye on this OnePlus automatic call recording function and update as and when we get more info so stay tuned to PiunikaWeb. 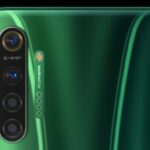