Some users are getting strange emails from Google notifying about a change in the country of association for a particular Google account.

And it seems that the users aren’t given much of a choice on the matter considering that the email gives a deadline of 30 days following which the Google account’s associated country would change to another automatically.

Received an email saying my country of association will change in 30 days from United Kingdom to United Arab Emirates. Why would they change it when I have never been to UAE?
Source

Recently @Google changed my association with Google account with the other country, I complained and said I am from UK, they responded with: “we think your current country association is accurate and we didn’t change anything”. How do you even respond to that?!
Source

Now, this would have definitely made sense if users had actually moved to another country or at least traveled to it recently.

But as it turns out, many of the complainants have stated to never having visited the country Google is forcibly associating their accounts to.

What’s even weirder is the fact that some of such emails aren’t even being received on a Gmail ID as there a few users have stated that they got it on their Live/Outlook email.

This might lead many to think that the email is in fact a scam of some kind. However, one look at the sender’s email would crush this conclusion. The email goes ‘[email protected]’ so it’s as official as it can get. If you are one of the users facing this issue, then there’s one thing you can check to verify the authenticity of the mail. Head over to the Google Terms of Service page and check the ‘Country version’ atop.

If it happens to be the same location as the one the mail supposes you’re in, then you might want to head over to this Google Account support page and submit the form within. Hopefully, Google will get back to you.

You can also try giving feedback to Google as shown below:

https://mail.google.com/ -> Help -> Send feedback. (“Help” is under the little “gear wheel” at the top-right corner). Some versions’ “Feedback” may be under the “?” near the top-right side of the page.
Source

However, if that doesn’t help, then you will be pleased to know that the matter has been escalated and Google might already be investigating it.

Yes. That feedback has already been passed on to the team at Google.
Source 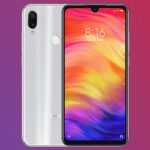 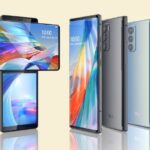