Notion has quickly become one of the go-to productivity or workspace apps for many professionals and students as well.

It does away with the need for having multiple apps such as To-Do list apps, note-taking apps, kanban board creating apps, and so on since it offers all these features under one roof.

Notion is available for Mac, Windows, iOS, and Android although the Android and iOS apps are nothing more than web wrappers.

That said, it seems that some Notion users on Android are reporting that there’s a glitch in the Android app when opening links.

What an irony. When I tried to open the link, it opened in the Notion app. The app glitched out big time. I had to quit the app. (Source)

clicking this link on Android (Pixel 3, Notion 0.6.99) opens the Notion app and enters an infinite loop flickering the screen on the last opened page. The only way out is to force quit the app. (Source)

Upon clicking on the link the app entered in an infinite loop and kept on loading the same page over and over. I restarted my phone to fix it. (Source)

Ironically, most reports indicate that the glitch in the Notion app for Android comes to light when opening links that redirect to the Notion’s very own blog.

A user has even shared a screen recording of the bug. Check it out below:

I am not sure what caused this but it is really bad, I can't go home or back. Happens every time when clicking a link that redirects to the Notion android app.@NotionHQ pic.twitter.com/lT9pqmhA4n

Luckily, the team hasn’t turned a blind eye to it.

Notion has responded to some complaints by users regarding the glitch in the Android app when opening links by stating that they are aware of the issue and will release a fix later this week.

That said, we’ll keep track of the situation and will post an update once the issue gets fixed. So stay tuned to PiunikaWeb. 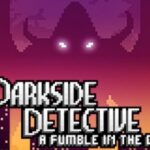 The Darkside Detective: A Fumble in the Dark Google Stadia issue for Spanish players acknowledged, fix in the works (workaround inside)