We finally have a release date for iOS 14.5, the next version of Apple’s mobile operating system.

Apple revealed yesterday in a press release following its April product launch event that the update is set to roll out next week.

The current latest version – iOS 14.5 – was released on January 26. Apple typically pushes such iterative updates every month or so but iOS 14.5 has taken longer than usual possibly since it’s a ‘larger’ update.

Some new goodies that you will get to try out pretty soon include Apple Watch Face ID to unlock iPhone even when wearing a mask, option to switch default music players, new emojis and voices for Siri, Fitness Plus workout streaming through AirPlay, and more.

But there is also another little addition that may have gone under the radar but still deserves attention. For fans of the color purple, a cool new purple live wallpaper has been introduced with iOS 14.5.

Wish these came up for the 12 Pro Max. Looks so good.
Source

Of course, being a live wallpaper means that it will respond to touches and create cool effects and animations.

If you are a beta tester and are already on iOS 14.5 Release Candidate, then feel free to try it out from Settings > Wallpaper > Live.

Regular users will have to wait until next week when iOS 14.5 hits stable and rolls out to everyone. But if you are one of the impatient ones, then you can also simply download the wallpapers through the image links below.

Clicking on them will redirect you to another page containing the full-size photo which you can then save by holding down or right-clicking. The images are obviously stills but are all that’s available for now.

Sadly, the purple live wallpaper is limited to the iPhone 12 and hasn’t been made available for the Pro and Pro Max variants running even the latest iOS 14.5 RC. Older iPhone models have been omitted as well.

This is because it has been added to match the upcoming purple iPhone 12. The iPhone 12 mini will also be available in purple indicating that the live wallpaper may make it to it as well.

That said, now that you are already on iOS 14, be sure to also check out our iOS 15 update tracker for all the available information on Apple’s next big update. 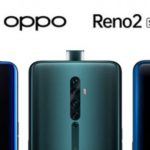 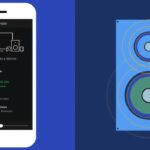