No one asked for Bixby but the voice assistant from Samsung is still here and the company is still trying its best to rope in new users by adding new features and functions every now and then.

Speaking of which, Samsung has now announced a new update for Bixby 3.0 that brings a few new goodies for users in India.

This is thanks to the “new & improved Indian English avatar” that Bixby now supports which gives it the capability to understand Indian Names, Places, Relationships, Contents, Recipes, and a lot more according to Samsung.

While this might not seem like a big deal to some, those who use voice assistants that aren’t developed specifically for the region know the pain of having to repeat stuff.

But with the new update for Bixby 3.0, Samsung users in India may finally be able to speak to the assistant more naturally or organically.
.

Here’s a list of some of the new India-specific features that Samsung has brought to Bixby 3.0.

To make use of the new India-specific features with Bixby 3.0, you will have to change the voice assistant’s language to ‘English (India)’.

New users will have to select the ‘English (India)’ option while setting up Bixby while existing users can tap on the ‘Indian English Now Available’ banner in the Bixby app and select the new language.

At the time of writing, Bixby 3.0 with the ‘English (India)’ language is only available for the Samsung Galaxy S21, Galaxy A52, and Galaxy A72.

Although the South Korean firm has confirmed that it will be adding the new language option to Bixby on other models soon.

That said, if you’re a Samsung user in India, would you consider using Bixby over Google Assistant now that Bixby 3.0 supports a bunch of India-specific features? 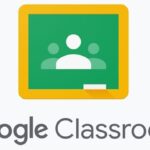 Google Classroom black screen issue when editing PDF files on iPad still lingers on despite fix, as per some users

[Update: Issue fixed] Google Calendar team aware of issue with events not loading after clicking on 'N more', but there's a workaround