Among Us has been acting kind of ‘sus’ lately. There have been plenty of complaints [1, 2] making rounds on social media saying that users are unable to login allegedly after the latest 2021.3.31 update.

The update in question brought about a bunch of new changes but perhaps the greatest among them all is the all-new Airship. Therefore, many gamers are eager to give it a try. But the “Google Auth no token” login error gets in the way.

(Based on Korean version) I can’t log in! It’s impossible as the error continues Disappointed but relieved face It’s a little annoying that you can’t even set your nickname at will! Can you fix it?
Source

This issue is seemingly limited to Android, but there have been a few login error reports from iOS and PC as well. Moreover, users have already tried all the basic fixes like clearing app data, re-installing game, and trying guest account but nothing seems to help.

Thankfully, the Among Us devs at InnerSloth are already aware of the “Google Auth no token” issue and have acknowledged it on their latest fixes and progress update notes. This can be accessed from this link.

Accounts currently aren’t working on Google Play (GoogleAuthNoToken and LinkAccountFail). We’re looking into this! Use guest accounts in the meantime. If you have a guest account you’ll be locked to Quick Chat, but hopefully fixed soon. Sorry! I know this is frustrating.

There is also an official workaround available that may be of help until the bug actually gets addressed. Just try to sign in like you normally do and you will automatically be logged in as a guest account. If you still have trouble, just restart the game and you’ll be on a guest account. But if that doesn’t help for some reason, then there is another workaround that may be of help. You need to firstly head over to the account section from the login page and logout.

Next, randomize your name a couple of times and then try to sign in once again. Now, this isn’t guaranteed to work but is still definitely worth a shot.

Additionally, you may also go through this video tutorial for clarity:

Among Us has updated the ‘Fixes and Progress update’ page reflecting which existing issues have been addressed. Here are the listed ones:

– Should be fixed now

Additionally, they’ve also shared a temporary workaround for the infinite loading screen problem. Here’s what they suggest the affected users to try:

TEMPORARY FIX?: It seems a lot of issues are stemming from a missing DLL. The fix is to install vc_redist.x86.exe from Microsoft. We are working to put out a patch that has this automatically installed/installs again.

If the above stated doesn’t work, the following is what needs to be done. The developers have now fixed the Google authentication issue that was earlier troubling the Android device users. The team is still working on resolving the other problems. Here is the latest status update:

Authentication for Google Play/Android phones is now working, and will allow you to create accounts that allow for free chat, name change, etc. Update to version 2021.4.2!!

Team Among Us has acknowledged the missing cosmetics issues and is working on fixing the problem. Here’s what they said about the matter while responding to a user:

It appears the login issues have finally been addressed in the latest update.

make sure you update!!

Authentication issues are troubling Among us users, wherein now they get a notification stating – “The Among US servers could not authenticate you” as can be seen in the image below. What’s relieving is that Innersloth devs have officially acknowledged the problem saying:

We’re aware a number of you are experiencing issues with account authentication/black screens. We’re digging through the code and will fix it as soon as we can!

Thanks for all the patience!!

Days after the issue was acknowledged by the developers the authentication error still troubles Among Us gamers. The developers have confirmed, yet again, that they’re working on fixing it ASAP. 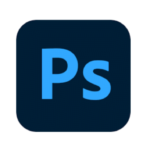