Google’s Stadia Controller is used by a lot of people on several platforms including Android, iOS, consoles, and PCs.

However, users were facing an issue where the Google Stadia Controller linking code was not working for them.

Users were unable to connect their Stadia Controller with their Chromebook, PC (Google Chrome), and iOS devices.

As per multiple reports, users were getting a blank box where the Stadia Controller linking code should appear.

It is unclear what the exact cause of the issue was but multiple users appeared to be affected because of it.

There are a bunch of reports regarding the issue on multiple online platforms including Reddit and Twitter.

Fortunately, the issue got acknowledged by the official Google Stadia Twitter handle. Also, a Stadia Community Manager also acknowledged the same on the Reddit thread.

Moreover, it seems that the linking code issue might have already been fixed, as per more recent reports.

The official Google Stadia Twitter handle has said that they have fixed the issue and the same has been mentioned by the Stadia Community Manager on Reddit.

Furthermore, there are no recent user reports regarding the issue which further suggests that the problem has indeed been addressed.

Nevertheless, if you were also affected by the linking code issue, feel free to drop a comment below and let us know whether it is resolved for you or not.

Our team was able to resolve this — we’re here should you need more help.
Source 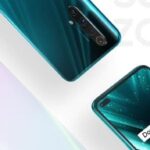 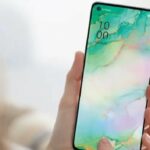