Samsung Internet is nowhere as popular as Google Chrome but some users swear by the browser thanks to some of its unique features.

Now, the company is adding a bunch of features to its in-house browser with the Samsung Internet 14.0 update to keep things fresh and probably even to try roping in new users.

Samsung rolled out the Internet 14 beta update last month to let beta testers try out and share their feedback on the new features.

Now that the stable Samsung Internet 14.0 update has been announced, all Samsung users, and those with Android devices from other OEMs, can finally check out the interesting new features with the latest version.

So what’s new? Well, these are the major new features and improvements in Samsung Internet 14.0:

The next new feature — Video Flex Mode — allows users with foldable phones from Samsung to view video content in the top half of the screen while the controls will be available on the second half.

Video Flex Mode isn’t the best thing since baked bread but it does offer a ‘unique’ viewing experience, to say the least.

The update also adds support for Hand Writing to Text that allows Galaxy Tab S7 users to use the S Pen to write in text fields.

Apart from that, Samsung now lets users customize the font style for all web pages. Hence users can select their preferred font which would be applied to text on all websites.

The new update should be available to all users right away. So head to the Galaxy Store or Play Store to download Samsung Internet 14.0 on your device. 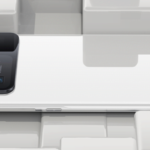